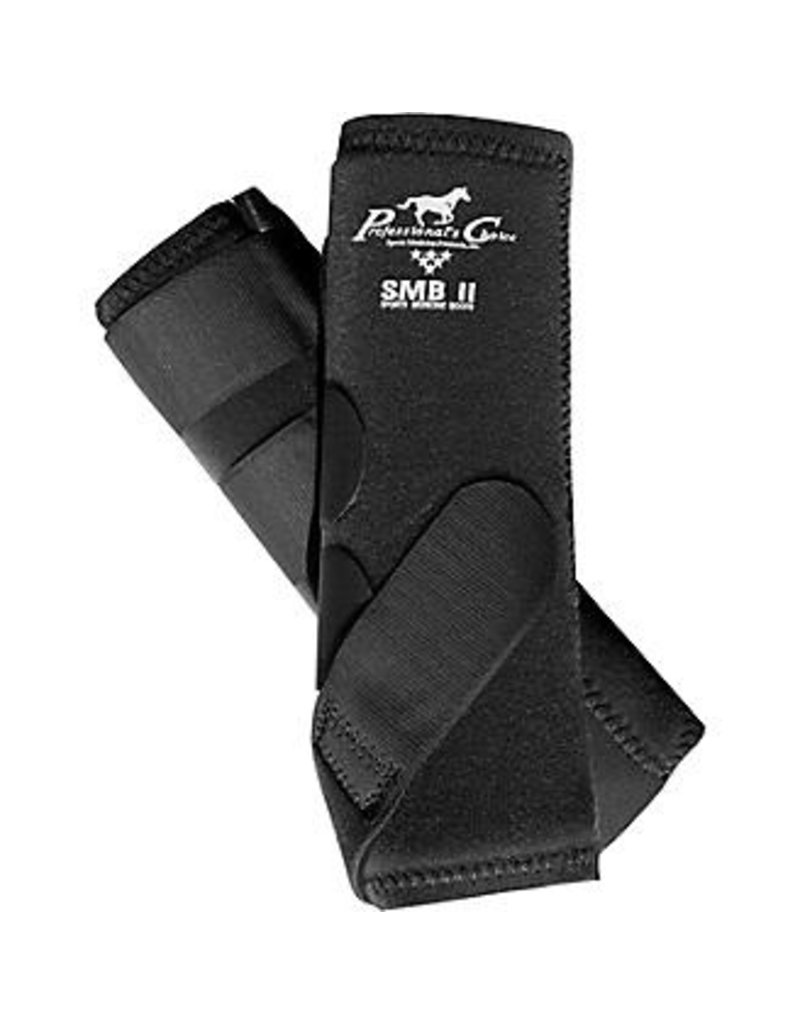 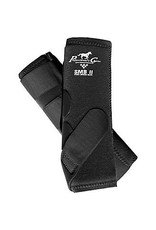 Professional's Choice SMB II® Boots have protected countless performance horses over the years in every imaginable event, including polo, jumping, reining, barrel racing, endurance, working cow horse, and many others. For many horses, these boots have meant the difference between an extended career and periodic or permanent injuries. Made from limestone-based neoprene, SMB II® Boots are built to be long-lasting. Limestone neoprene is shown to resist aging caused by exposure to the elements, such as direct sunlight, moisture, and dirt better than petroleum-based neoprene. Also, the SMB II is the only boot on the market with an antimicrobial inner lining to prevent skin diseases, such as scratches. These boots are designed to absorb a portion of the energy generated as the hoof impacts the ground. The more energy absorbed, the less energy available to deform and injure the soft tissues of the limb. The SMB II provides the highest proven levels of shock absorption, and helps to prevent injuries associated with hyperextension of the fetlock.

Innovation in materials and design of the SMB II can be credited for the higher levels of shock absorption. This means your horse will experience less negative stress while training, competing and maintaining a daily routine. And, if your horse has been injured or is rehabilitating from bowed tendons or suspensory ligament pulls, wearing the SMB II during exercise will help speed the healing process. Plus, according to scientific testing, actual use of the SMB II enhances its fit, function, and shock absorbing ability over time, keeping your horse comfortable so you can concentrate on performance. Sold in pairs.

Add your review
0 stars based on 0 reviews